Pandemic drives Carlson Travel, survivor of other downturns, into bankruptcy 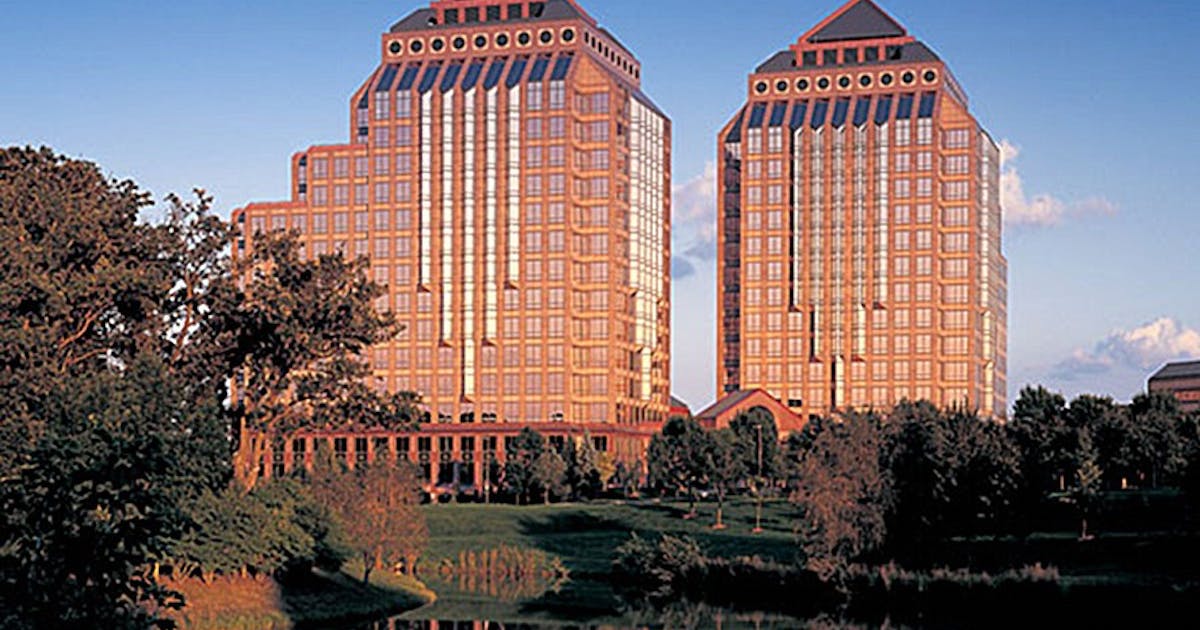 The pandemic has claimed a titan in the Minnesota business community.

Carlson Travel Inc. and 37 related companies have been forced into bankruptcy by the worldwide collapse of corporate travel, which fell by nearly 80% in North America from 2019 to 2020, according to bankruptcy court records.

Carlson officials did not respond to requests for comment. The Minnetonka-based company said in court filings that it does not expect its business to return to pre-pandemic levels in the next three years. A sale is possible; it sought court permission to engage an investment banker last week.

The company expects to lose $15 million on revenue of $701 million next year, a substantial downturn from 2019, when Carlson Travel earned $239 million on $1.5 billion in revenue, court records show.

Revenues for the privately held company are expected to rebound to slightly more than $1 billion in 2024. The company and its affiliates earn fees by booking business trips and meeting and event planning.

“Though the COVID-19 pandemic adversely affected many industries, few industries were as radically affected as the travel industry,” Carlson CEO Michelle Frymire said in an affidavit filed in bankruptcy court. “Corporate travel and in-person events and conferences came to an abrupt halt nearly overnight.”

Minnesota has seen some of the steepest declines, with business travel dropping from $1.16 billion in 2019 to an estimated $321 million in 2021, a 72.2% decline. Only eight other states saw bigger drops, with Massachusetts leading the way at 84.8%.

The primary business of Carlson Travel is CWT, formerly Carlson Wagonlit Travel, a global travel services company that employs more than 12,000 people in 45 countries. In 2019, CWT was a leader in corporate travel, booking thousands of business trips daily for government agencies, corporate giants and small- and mid-sized businesses around the world.

On an average day before COVID-19, CWT managed about 100 meetings and events, communicated to 70,000 travelers and facilitated more than 240,000 transactions, bankruptcy records show. The company processed more than $23 billion in hotel bookings, airplane flights, car rentals and other corporate travel expenses in 2019.

Travel management became Carlson’s focus after the company sold its portfolio of 1,400 hotels in 2016 to Chinese conglomerate HNA Tourism Group. Carlson had been in the hotel business since 1962, when founder Curt Carlson and several investors purchased their first Radisson hotel in Minneapolis.

In 2020, the company saved about $500 million through furloughs and pay cuts in 33 countries. Altogether, the company temporarily eliminated about 5,000 jobs. It also renegotiated key contracts and leases, suspended capital-intensive projects and curtailed nearly all incentive compensation programs. Those changes permanently reduced operating costs by about $300 million a year, records show.

The company also restructured its finances by obtaining $125 million in new equity from its owners and borrowing $260 million.

Carlson thought those moves would be enough until another spike in COVID-19 cases erupted in 2021 as the travel business was beginning to recover, according to court filings.

“In the United States, where recovery was initially perceived to be strong, the recent surge in the delta variant and nationwide delays in ‘return to office’ initiatives injected significant uncertainty unto the overall pace of domestic travel recovery,” Frymire said in the affidavit.

“Finally, even where demand for travel management services began to rise, it became apparent that CWT’s operating costs would increase before it realized increased revenues due to its need to rehire, or bring back from furlough, the necessary employee base to service its customers,” she added.

The company sought Chapter 11 protection in November after getting approval for a prepackaged reorganization plan from its owners and lenders.

The plan will eliminate about half of the company’s $1.6 billion in debt and provide $350 million in new equity capital.

The company asked the court to approve the plan 18 hours after filing the case in Texas, noting that a delay of just a few days or weeks “could significantly and adversely impact the debtor’s business, including by resulting in client attrition and related loss of revenue.”

However, the U.S. Trustee in Texas asked the courts to delay approval, noting that the company’s “breakneck schedule” makes it impossible for creditors to evaluate and react to 38 bankruptcy cases.

Despite the protest, a Texas bankruptcy judge approved Carlson’s plan the same day the Trustee filed its complaint without commenting on the objection.

“I believe that … implementation of the plan will position the reorganized debtors to succeed in the ‘new normal’ of the travel industry,” Frymire said in an affidavit filed last month supporting the plan.

However, the company’s future remains in play. Last week, Carlson asked for court approval to hire Houlihan Lokey as a financial advisor and investment banker. Among its duties, Houlihan Lokey would help Carlson evaluate any proposals to purchase the company.

Houlihan Lokey tested the waters last year, when seven parties expressed preliminary interest in purchasing part or all of CWT’s assets. Ultimately, however, the talks ended after just one bidder emerged with an informal offer that failed to gain the support of Carlson’s bondholders.

In a liquidation analysis filed in court, Carlson Travel and its affiliates were valued at $1.1 billion, but creditors are unlikely to get back more than $202 million in a sale, records show.