McConnell puts up roadblock to Luger bid as U.S. attorney 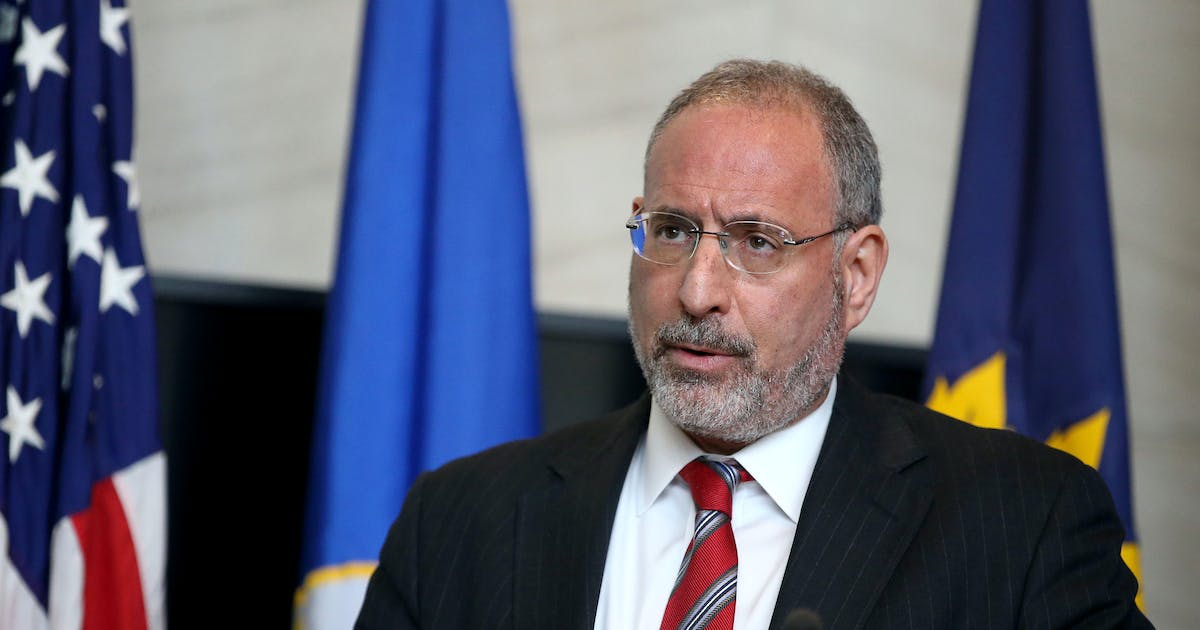 Kentucky Sen. Mitch McConnell wrote to Andrew Luger this week detailing his concerns over last month’s sentencing of 26-year-old Montez Lee Jr., who was given a sentence 10 years below the maximum for setting a deadly Lake Street fire during the 2020 unrest that followed George Floyd’s killing by a Minneapolis police officer.

Luger, who previously served as U.S. attorney for Minnesota under Democratic President Barack Obama, did not have a role in the case.

“I just had to place a hold on a nominee to be U.S. attorney for Minnesota because the person recently acting in that job recommended an unusually soft sentence below the maximum guideline to a convicted fatal arsonist because the arsonist was taking part in a far-left political riot at the time,” McConnell said during a speech on the Senate floor, referring to the prosecution team in the Lee case.

“I’ll need written assurances the nominee to succeed this person will not continue this jaw-dropping practice and lessen criminals’ sentences so long as the political violence they commit happens to be left-wing.”

Democrats narrowly control the Senate, and Luger has the support of Minnesota’s two Democratic senators. But McConnell’s move poses a new challenge in the attempt to return Luger to his former post.

The hold doesn’t block Democrats from confirming Luger, but it may mean the party has to spend time on the floor voting on the confirmation rather than moving the nomination quickly through unanimous consent.

In a response obtained by the Star Tribune on Wednesday, Luger wrote back to McConnell and noted he “was not involved in the decision making regarding the matter” and couldn’t comment on Lee’s sentencing.

“I can, however, assure you that, if confirmed as U.S. Attorney, violent crime cases — regardless of motivation — will be prosecuted fully, and that I will require the prosecutors under my supervision to make all prosecutorial decisions based on the individual facts and circumstances of each case, and without regard to the political or ideological viewpoint of the defendant, consistent with the Principles of Federal Prosecution,” Luger wrote.

U.S. District Judge Wilhelmina Wright, who is being discussed as a possible U.S. Supreme Court pick, sentenced Lee to 10 years in federal prison, well below the 20 years in line with federal sentencing guidelines.

Assistant U.S. Attorney Thomas Calhoun-Lopez sought to depart from the guidelines with a 12-year sentence. In a presentencing filing, Calhoun-Lopez argued that Lee was not in Minneapolis to loot or destroy property but was “in the streets to protest unlawful police violence against [Black] men, and there is no basis to disbelieve his statement.”

“[There were] many people who felt angry, frustrated and disenfranchised, and who were attempting — in many cases in an unacceptably reckless and dangerous manner — to give voice to those feelings,” he wrote. “Mr. Lee appears to be squarely in this … category.”

Surveillance video showed Lee pouring an accelerant around a Minneapolis shop and lighting it. A second video captured him in front of the burning business and declaring as a friend recorded video of his actions, “We’re gonna burn this [expletive] down.”

The remains of Oscar Lee Stewart Jr., 30, of Burnsville were recovered from the rubble nearly two months later. An autopsy found that Stewart died of smoke inhalation and excessive burns. He was one of two people who died during the civil unrest in the Twin Cities that followed Floyd’s murder.

Lee was not prosecuted for Stewart’s death, and he said he did not know anyone was in the building when he grabbed a can that the defense said he found at the scene and poured out the accelerant.

“The American people deserve to know whether leniency for left-wing murderers is the official policy of the Biden Department of Justice, or whether this travesty was a one-off,” Cotton wrote.

Hawley, meanwhile, said: “Lee’s crime is atrocious, and he should be prosecuted to the fullest extent of the law.”

Luger has not been in the U.S. Attorney’s Office in Minnesota since he and a slate of Obama holdovers were fired in the opening months of the Trump administration in 2017.