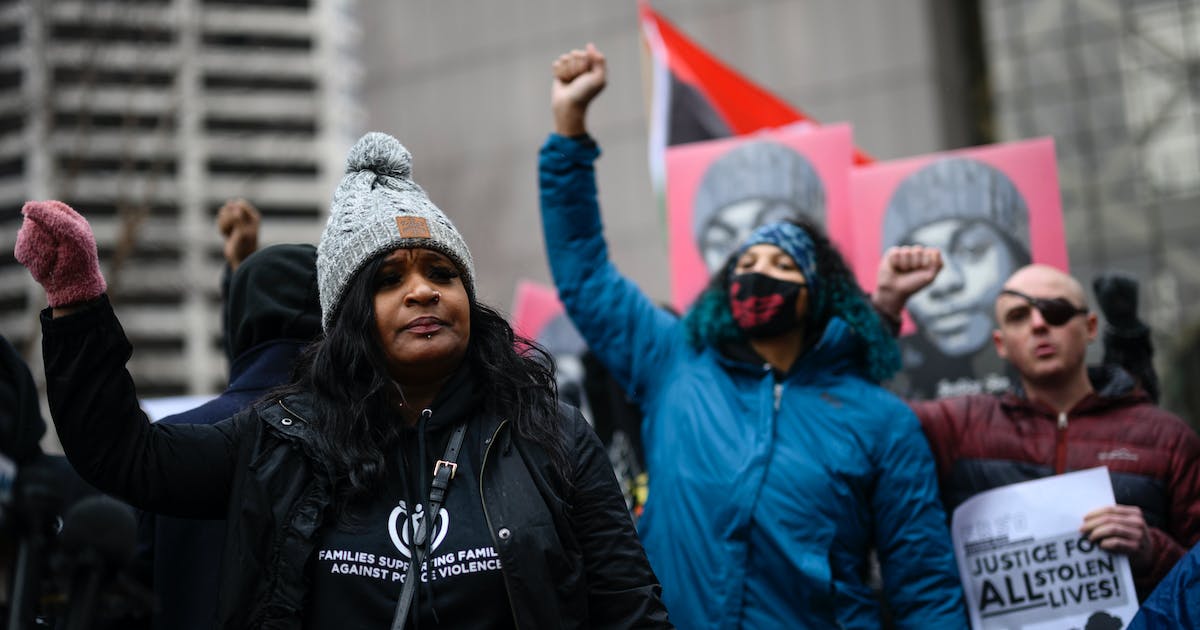 The decision not to charge the Minneapolis police officer who fatally shot Amir Locke during a botched no-knock raid in February came as little surprise to legal observers, many of whom said the law leaves members of the public at risk.

“If they had taken this to trial, this probably would have been dismissed out of hand,” said Mitchell Hamline School of Law professor T. Anansi Wilson. “The problem here is the law and that we trust police more than citizens.”

When police feel in mortal danger or at risk of great bodily harm, they can use deadly force, Wilson said. A private citizen who feels similarly threatened must retreat and use deadly force only as a last resort.

“Police have a license to engage,” Wilson said.

Legal experts interviewed for this story agreed the decision was the right one under the current law, and they expressed sympathy for Locke. But some questioned the need for a no-knock warrant and urged changes to the law, suggesting the officers should have done more research to determine who might be in that apartment.

Locke was sleeping on the living room couch at his cousin’s downtown Minneapolis apartment just before 7 a.m. Feb. 2 when police SWAT teams used a key from the building manager to enter the unit. They shouted, “Police, search warrant!” with guns drawn, according to body camera footage.

The 22-year-old, covered with a blanket, was startled and grabbed his nearby gun, for which he had a license and concealed-carry permit. Prosecutors said he pointed it toward officer Mark Hanneman, who told investigators that he feared for his life and that of his teammates. He fired multiple times, killing Locke.

When prosecutors decided whether to file charges, the law allowed them to take only Hanneman’s position into consideration, not the totality of circumstances experienced by Locke, Wilson said.

“You have nine people coming into your house. They’re screaming competing things at you. They’ve woken you up; you’re in a stupor, you’re going to reach for a defensive weapon,” the professor said.

But it didn’t matter that Locke was scared or even that the warrant had faulty information, Wilson said: “We’re only allowed to take position of police into consideration.”

Imran Ali, a former defense attorney and assistant Washington County attorney now in private practice and working in law enforcement training, said that while the situation was tragic, officers are allowed to use reasonable force. He pointed out that the warrant was being served in a murder investigation where body armor-piercing ammunition had been used.

Locke’s “firearm was brandished within seconds, and the officer acted in a split-second based on training. One second later, this situation could have unfolded differently,” Ali said.

“The fact that there was a gun raised and pointed in the direction of the officer seems like the very definition of the threat of bodily harm, so the officer’s reaction was not criminal,” she said. “Every tragedy is not a crime.”

Gaertner said she saw progress in how the decision was announced by Attorney General Keith Ellison and Hennepin County Attorney Mike Freeman. They explained their reasoning in writing and took questions at a news conference.

A few years ago, a charging decision would have been made after a grand jury met behind closed doors with prosecutors to hear evidence. The jury would have decided whether to charge and the public would not have any idea what went into the decision, Gaertner said.

“So important changes have happened,” she said.

However, others said more needs to be done.

Christy Lopez, a Georgetown University Law Center professor who has led numerous investigations into policing across the country, said she wasn’t surprised by the decision.

“To me, it is a reflection of how some aspects of policing can be unnecessarily harmful and yet entirely legal,” she said. “We need to change the law.”

Wilson argued for changes in the laws that govern when police can use deadly force.

“I don’t think you should be able to just kill or shoot someone because you feel afraid.”

“Assertions that ‘Amir Locke’s life mattered’ and other similar statements, for too many other Black people killed by police violence, will not do,” she said. Ending no-knock warrants will “be one essential step toward ensuring that our laws and practices actually value the sanctity of human life and the sanctuary of homes.”

A similar warrant was used when police in Louisville, Ky., killed Breonna Taylor in her bed during a botched raid in 2020. Ellison is encouraging a ban on such warrants, and Mayor Jacob Frey said Tuesday that Minneapolis police would no longer use them.

Wilson said police should be held to higher standards in obtaining warrants and be more diligent about verifying information before forcefully entering homes.

“It seems to me if you’re going to break into someone’s house with nine people and guns blazing, you should at least check the lease and the surveillance,” Wilson said. “It seems like common sense to me, particularly if you believe a murderer is in there.”

He pointed out that everyone, including those named in search warrants, has the presumption of innocence and the constitutional right to be secure in their homes.

“This isn’t just about Amir Locke, this is about that broader community,” Wilson said. “I think the founding fathers would be truly aghast at this.”