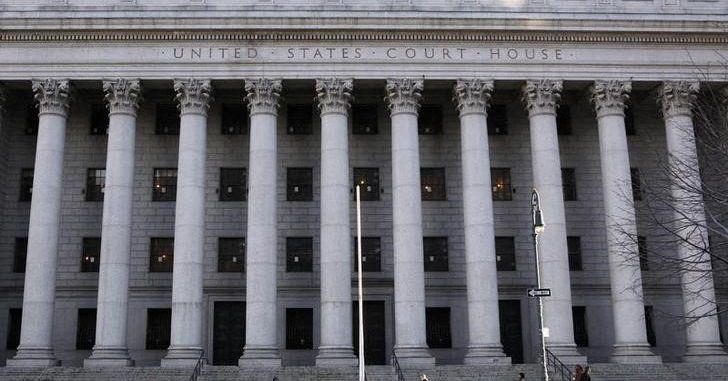 The company and law firm names shown above are generated automatically based on the text of the article. We are improving this feature as we continue to test and develop in beta. We welcome feedback, which you can provide using the feedback tab on the right of the page.

(Reuters) – Even organizations accused of encouraging heinous acts of violence have constitutional due process rights — and Congress can’t override those rights with what a New York federal judge described as a “legislative sleight of hand” in a ruling on Thursday.

U.S. District Judge Jesse Furman in Manhattan dismissed an Anti-Terrorism Act lawsuit brought against the PLO and the Palestinian Authority by family members of Ari Fuld, an American stabbed to death in 2018 outside a shopping mall in an Israeli settlement in the West Bank. The judge described the stabbing as brutal and horrific, highlighting the plaintiffs’ allegation that the killer attacked Fuld because he was a Jewish American. The Fuld family’s campaign for justice, Furman said, was “morally compelling.”

The judge nevertheless concluded that he could not exercise jurisdiction over the case, despite a 2019 law intended to establish victims’ right to sue the groups in U.S. courts. The Promoting Security and Justice for Victims of Terrorism Act, as I’ll explain, deemed the PLO and the Palestinian Authority to have consented to U.S. jurisdiction if, after the statute’s passage, the groups made so-called “martyr payments” to perpetrators of crimes against Americans and maintained U.S. offices (with some exceptions). Furman balked at the law’s intention, concluding that “Congress should not be permitted to circumvent fundamental constitutional rights through such sleight of hand.”

Fuld counsel Jeffrey Fleischmann said in an email that his team will appeal the “flawed” decision. “To my knowledge, this is the first time in our nation’s history that a court of the United States has held a statute concerning foreign policy unconstitutional at the behest of a foreign government,” Fuld said. The Manhattan U.S. Attorney’s office, which intervened in the case to defend the constitutionality of the 2019 statute, did not respond to a phone message requesting comment.

Defense counsel Gassan Baloul of Squire Patton Boggs said in an email, “Judge Furman’s decision was a good January 6 reminder that the constitution remains the supreme law of the land.”

U.S. courts have wrestled for years with the question of their jurisdiction over the PLO and the Palestinian Authority. As Furman recounts, 11 families obtained a $655.5 million judgment against the groups after a 2015 trial in federal court in Manhattan, only to see the judgment overturned by the 2nd U.S. Circuit Court of Appeals in 2016’s Waldman v. Palestine Liberation Organization. The 2nd Circuit held that under the U.S. Supreme Court’s precedent in Daimler AG v. Baumann, U.S. courts did not have personal jurisdiction. The D.C. Circuit reached the same conclusion in three additional Anti-Terrorism Act cases against the Palestinian groups.

Congress sought to address the issue in a 2018 statute and the 2019 follow-up at issue in the Fuld case. The 2019 law, which amended the Anti-Terror Act, specifically put the PLO and the Palestinian Authority on notice that if they maintained offices after January 2020 or made payments to alleged terrorists or their survivors after April 2020, the groups would be “deemed to have consented to personal jurisdiction.”

The Justice Department and the Fuld plaintiffs, who brought their lawsuit after the 2019 amendment was passed, told Furman that because the law gave the Palestinian groups fair warning that their actions would constitute consent to the jurisdiction of U.S. courts, the groups’ due process rights were not violated. The plaintiffs’ brief opposing dismissal pointed out that the Palestinian Authority, in fact, had responded to the 2018 Anti-Terrorism Act amendment by restructuring operations to avoid consenting to the jurisdiction of U.S. courts. Those actions, plaintiffs said, showed that the defendants understood the implications of the follow-up 2019 law.

The Justice Department also emphasized that courts owe deference to Congress and the executive branch in reviewing a law implicating foreign policy. “Congress furthered critical interests in national security and foreign affairs by acting to discourage support for violence harming U.S. nationals,” the DOJ said in its brief.

Furman, however, said deference to the government on matters of foreign policy does not mean courts should abdicate the job of assuring defendants’ constitutional rights.

Nor is it sufficient, he said, that the statute gave the groups fair warning of the conduct that would trigger their purported consent to jurisdiction. Echoing a defense brief on the jurisdictional question, Furman cited the U.S. Supreme Court ruling in 1999’s College Saving Bank v. Florida Prepaid Postsecondary Education Expense Board, in which the justices held that Florida could not be deemed to have waived constitutional immunity merely by operating in an area subject to Congressional regulation. There has to be more to jurisdictional consent, Furman said, than conduct post-dating the enactment of a statute.

“A defendant’s knowing and voluntary consent is a valid basis to subject it to the jurisdiction of a court, but Congress cannot simply declare anything it wants to be consent,” the judge wrote. “To hold otherwise would let fiction get the better of fact and make a mockery of the Due Process Clause.”

In this case, he said, Congress was all too transparent: The 2019 law specifically addressed conduct that the 2nd and D.C. Circuits had already held insufficient to establish jurisdiction and declared it to signify the groups’ consent. But according to Furman, “neither form of conduct, as alleged in this case, even remotely signals approval or acceptance of the court’s jurisdiction.” The statute, he said, “is too cute by half to satisfy the requirements of due process.”

Furman is the first trial judge to rule on the constitutionality of the 2019 law but he won’t be the last. In 2020, the Supreme Court remanded the four previous cases in which appellate courts rejected jurisdiction over the PLO and the Palestinian Authority for a new look in light of the statute’s amendment of the Anti-Terrorism Act. Those cases are pending.

Opinions expressed are those of the author. They do not reflect the views of Reuters News, which, under the Trust Principles, is committed to integrity, independence, and freedom from bias.

Alison Frankel has covered high-stakes commercial litigation as a columnist for Reuters since 2011. A Dartmouth college graduate, she has worked as a journalist in New York covering the legal industry and the law for more than three decades. Before joining Reuters, she was a writer and editor at The American Lawyer. Frankel is the author of Double Eagle: The Epic Story of the World’s Most Valuable Coin.