After bankruptcy, Christopher & Banks returns as a retail presence on TV and online 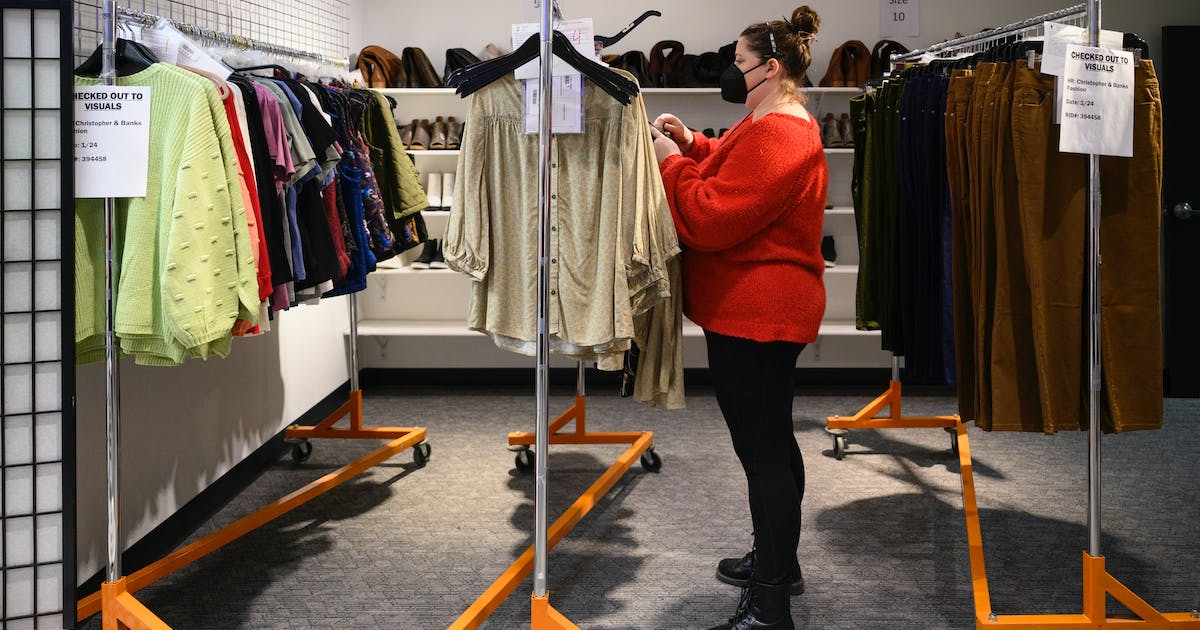 It was a flash sale, and there were lines full of shoppers for clothes from Christopher & Banks — phone lines.

On the online and cable network ShopHQ, host Melissa Miner smiled as she explained the merits of a Christopher & Banks bobble-sleeve sweater and a “magic turtleneck” that didn’t sag.

“What does your wardrobe say about you?” Miner asked.

The revival of Christopher & Banks by the parent company of ShopHQ, Eden Prairie-based iMedia Brands, says a lot about the evolution of a retail brand in a digital age.

Nearly a year after the Plymouth-based women’s clothing chain filed for bankruptcy, liquidated its 450 stores and then came under the iMedia umbrella, Christopher & Banks is now the most popular fashion brand on ShopHQ.

“We like to buy or launch brands that we think match our demographic and that we think we can give an unfair advantage by putting them on television, by driving the promotional power of cross-promoting our existing customers to them,” said Tim Peterman, iMedia’s chief executive, in an interview with the Star Tribune.

He added, “People talk about the millennials and how everything has to be targeted at the younger people. I will proudly say that our customers start at [age] 50, gets really big at 60 and keeps going at 70.”

Christopher & Banks started as the women’s store Braun’s Fashions in Minneapolis in the mid-1950s. After going public in the early 1990s, it became a fixture in shopping malls around the country with a blend of professional and casual wear. It added a second retail chain, called CJ Banks, that featured plus sizes in 2000.

The company consolidated its brands and closed some locations in later years. Leading up to the pandemic, company leaders were trying to stage a turnaround with the brand posting its first quarterly profit in three years in December 2019. But the pandemic, when it was forced to close stores in initial lockdowns, proved a death knell. Sales fell more than 50% in the first few months of 2020.

Even after stores were allowed to reopen, the company never recovered. In January 2021, Christopher & Banks filed for Chapter 11 bankruptcy protection and started liquidation sales at its nearly 450 stores across the country.

The company laid off close to 400 employees at its Plymouth headquarters and distribution facility and ultimately thousands more at its stores. A group of 40 merchandising and production staff were rehired and now work at iMedia’s office, Peterman said.

One of the rehired employees, Kim Decker, who worked for Christopher & Banks for more than 40 years and had been a regional manager before the bankruptcy, now serves as a brand ambassador on ShopHQ.

“I thought I was going through a death,” Decker said about the store closings and bankruptcy. But now, she added, “The brand lives on.”

Many of these legacy companies have too many retail stores and need a digital refresh but still have good customer bases, Argento said.

“The agreement they made to take over the brand made perfect sense to me,” said Eric Wold, a senior analyst at B. Riley Securities.

The licensing partnership iMedia made with Hilco Global, which was the senior lender of the Christopher & Banks business when it filed for bankruptcy, was advantageous for iMedia in that it didn’t have to take as many risks, Wold said. It also helped iMedia in its quest to grow beyond just ShopHQ by analyzing the customer data from Christopher & Banks to be able to provide media services potentially to other brands, Wold said.

“The company is evolving from just a shopping network to a digital media advertising company,” Wold said.

There are three legs that make up the iMedia business. The entertainment business includes its flagship ShopHQ (formerly known as Evine and ShopNBC), recently purchased German channel 123TV and ShopBulldogTV for men.

The company also has a media commerce services arm.

This month, Christopher & Banks launched a digital styling service so that customers can chat one-on-one with virtual stylists and shop personalized outfits.

“Our plan was pretty simple,” Peterman said. “We wanted to drive the growth of the business on digital. That means instead of having 300 retail stores, we would have a robust TV and digital business and a complement of retail stores. We have five opened today and we will probably roll out a few in the fall and we will do a couple a year.”

Christopher & Banks ShopHQ sales tripled from the second to third quarter and are on pace to double in its fourth quarter, which is about to end.

The brand is bringing in new customers and helped lift iMedia to its best new customer growth in a decade, a 65% jump, the company reported last quarter. The Christopher & Banks segments on ShopHQ quickly became the most popular of all the fashion shows on the network.

The stores have also performed well. At the Coon Rapids store last week, there were racks of discounted winter clothing as well as red and pink apparel for Valentine’s Day. One customer said she had been pleasantly surprised when the store reopened last year.

“We were just all so ecstatic. It was amazing how many customers we reactivated and how it has continued to grow,” Peterman said.

Despite the growth, there have been challenges. It was difficult to get some of Christopher & Banks’ vendors on board in March after the company had filed bankruptcy, Peterman said.

The company also dealt with major sourcing delays as apparel experienced the same supply and transportation problems that other industries did. When the Christopher & Banks catalog came out, 30% to 40% of the styles in it were delayed, Peterman said.

Executives at iMedia said the goal is for Christopher & Banks to yield $40 million in sales by the end of this month, not quite a year since iMedia took over operations.

By contrast, Christopher & Banks had about $350 million in annual sales in each of the two fiscal years before its bankruptcy.

“A lot of times fashion brands in particular suffer the most when they have got unrealistic growth expectations to meet,” Peterman said. “We want to make sure we get the base of the business right.”